Self-Publishing as an Act of Defiance

Self-publishing is not a new concept. Authors have published their own work for centuries. In many ways self-publishing was an act of defiance. As Bruno Ceschel writes in his article ‘A Manifesto to Self-Publishing’ published in 2015 by Time magazine, New York:

“The act of self-publishing has long-standing roots,
from the very beginning of the history of book making …
It has always been an act of defiance against oppression
(religious, political, economic, sexual, etc.). DIY culture is,
by its nature, an ethic in opposition to society’s rules at large.”

It might surprise you to know that authors such as Laurence Sterne, Ezra Pound, Nathaniel Hawthorne, Jane Austen, Emily Dickinson, Martin Luter, John Locke, Derek Walcott, Walt Whitman and Marcel Proust all published their own work or paid to have their work published. That is according to an exhibition Do or DIY, supported by The Arts Council of England, in Whitechapel Gallery, London in June 2012 as part of their Writers in Residence program. It was an exhibition “of a collection of artefacts and anecdotes recounting how celebrated authors including Marcel Proust, Gertrude Stein and Virginia Woolf self-published their work, sometimes out of necessity and sometimes out of choice.” As part of the exhibition pages of an essay intending to be “an introduction to the concealed history of do-it-yourself publishing” were displayed. Original editions of the some of the self-published works were displayed. It included Virginia Woolf’s Between the Acts published by Hogart Press, which was her press, and Ezra’s Pound’s A Lume Spento. So for all of you indie authors who are self-publishing or dreaming of self-publishing, you will be in rather good company!

The same exhibition was recreated at Shandy Hall, home of Laurence Sterne who published his experimental work The Life and Opinions of Tristram Shandy in 1759, to highlight Sterne’s own fight against the limitations of the time. This self-published book has certainly stood the test of time reaching number 6 in The Guardian’s Top 100 Best Novels in 2013. Sterne self-published, according to Patrick Wildgust of Shandy Hall, because nobody else would publish it, “Sterne couldn’t get his book published, so he had it printed himself. He had to borrow the money.” This experimental work, was so unlike anything else that was being published at the time, perhaps it was not understood, not appreciated and therefore not worth the risk to publish. How often is that the case with something that is new, that we do not already know or perhaps the appeal of the book is too a market that is too niche? Of course this is the lifeblood of writing. The author must be allowed to experiment, to write outside the box, to follow the music in his or her own soul. Sterne defied publishing norms, by self-publishing this ‘unwanted’ novel, which is now a very well known and very well respected book centuries later. It was his act of defiance.

I have helped many self-publishing authors to publish their own books and I am always fascinated by the variety of books that land on my desk. Self-publishing works very well indeed for niche-market books. Often it is the passion of the author that has driven a book into being. In many of the cases of self-published books that I have been fortunate to work with the book is a valuable source of information that should to be recorded before it is lost, especially if that information is very specialised. 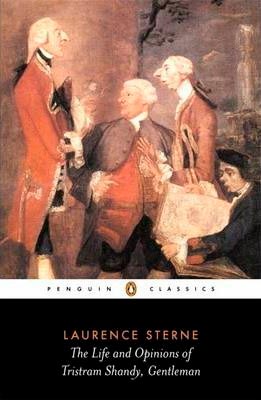 Let me give you an example of a recent book; an author approached me with an idea to create a book, in advance of the Pope’s visit to Ireland in 2018, that would provide to the reader glimpses into the betrothal of Mary and Joseph as it is represented in artwork in churches around Ireland, a collection of photographs of the artworks, mostly stained glass windows, accompanied by short informative essays. Now if that is not flying in the face of mainstream publishing then I don’t know what is! The author knew that it was not a book that publishers would be rushing to publish as the market would be niche – so for the publisher potentially small – but the author also knew there was a market for the book. He enlisted Dingle Publishing Services to help him to publish the book to a professional standard. The book that Paraic Maher published was a collection of stunning photographs accompanied by informative short essays explaining each work of art that covered almost every county in Ireland. Betrothed has sold very well, through the hard work and perseverance of the author and the author was indeed right that there was a market for his book.

So to all of you whose books may be too experimental or too niche market for mainstream publishing consider self-publishing, consider joining that list of distinguished self-publishing indie authors: Laurence Sterne, Ezra Pound, Nathaniel Hawthorne, Jane Austen, Emily Dickinson, Martin Luter, John Locke, Derek Walcott, Walt Whitman and Marcel Proust.