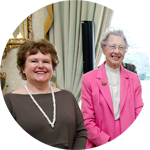 “The best decision we made was to ask Siobhán to act as project manager for our commemorative book on the 1921 Anglo-Irish Treaty delegations. When we first consulted her, she talked us through the whole self-publishing process and drew up a schedule for us to follow. From then on, she encouraged and supported us every step of the way – sourcing the necessary people such as copy-editor, proofreader, designer and printer, and dealing promptly with all our queries.

During the five months we worked together, Siobhán was always available. She made sure that we kept to the agreed deadlines, while still being flexible enough to accommodate the inevitable last-minute changes and revisions we requested.

We were thrilled with the finished product, especially the design, which incorporated many photographs dating from a century ago. We would be very happy to work with Siobhán again in the future.”

Fiona Murray and Eda Sagarra, editors and publishers of The Men and Women of The Anglo-Irish Treaty Delegation 1921, published January 2022

“Siobhán is one of our ‘go to’ editors for any editorial job out of the ordinary, requiring
initiative and handholding of an author as well as the usual editing skills.” 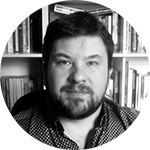 “The Celtic Songlines was a major four-part documentary series produced for RTÉ Television in 2017. Late in the production process it was decided to produce a book to accompany the series and as series writer the task of writing the book fell to me.

The publisher employed Siobhán Prendergast from Dingle Publishing to project manage and edit the project and her input proved invaluable. Working to a very tight deadline and dealing with vast amounts of information Siobhán made sure the book was completed on time and to the highest standards working with myself, the publisher and the series producer.” 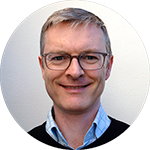 “Siobhan offers a truly comprehensive service that shepherds a book-idea from its embryonic stage right through to when the finished product appears on the shelves. This encompassed all the big items like sourcing a suitable editor, designer and printer right down to the tiniest like how to get an ISBN number.

For a beginner, this was a great reassurance that a book project, once started, would indeed be brought to completion and it would be done well. In fact, ‘excellence’ was a by-word that characterised all stages of the process, a striving to achieve a professional standard in every aspect of producing a book.

The two way model for paying for the service—a flat fee or an hourly rate—was another important reassurance that costs would not explode, and that a reasonable estimate of the total outlay could be pinned down before one gives a green light to the whole project.

Siobhan was constantly available throughout the process and was well able to negotiate the inevitable hiccups along the road, knowing when to keep up pressure to meet deadlines and when to accommodate changes.” 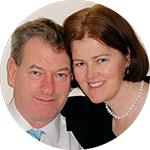 “I never imagined that I would publish a book so when the idea did occur to me in March this year (2019) I had no idea how to go about it. Then I looked at a beautiful book published by the photographer Valerie O’Sullivan and saw that a Siobhán Predergast in Dingle was her publisher. On the 9thof March I sent her an email half hoping that she would say my idea was ridiculous but instead, within twelve hours, I got a very positive response. My bluff was called!

The book has been a wonderful success, Fergal Keane of RTÉ described it as ‘a magnificent publication’. I would encourage anyone who is thinking of publishing to contact Siobhán, her opinion is valuable and honest.

The best of luck and already I’m thinking of my next book!” 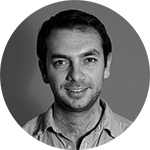 “Siobhán’s breadth of publishing experience and professionalism were obvious from the start of the consultation. With a down-to-earth approach, she gave a clear outline of what’s involved in a publishing project and the options available at each stage. Her enjoyment at working with writers comes through in her supportive attitude and yet at the same time I never felt any pressure to move towards any particular option.” 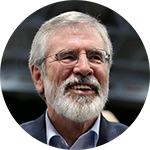 “Siobhán Prendergast has an amazing eye for detail and great editorial instincts. A true publishing professional, with years of experience and the credentials to back it up. She has an MA in Publishing, is an advanced professional member of SfEP and a full member of AFEPI so her credentials speak for themselves. I could not recommend Siobhán and the team at Dingle Publishing more highly.”

“This is a splendid collection of 24 art presentations of the Betrothal of Mary and Joseph in stained glass windows. The design, lay-out, colour printing, physical production and photography of this book deserve nothing less than superlatives.” 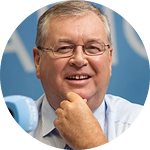 “A stunning book and a fantastic idea for a wedding gift. I loved this book. Firstly it is a beautiful produced work, extremely well thought out, edited, designed and printed. I was fascinated by the subject matter and stunned by the amazing collection of colour photographs. I have purchased another copy to give to my friend as a wedding gift. I can’t wait to see more from this author.” 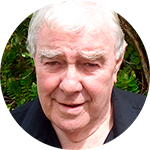 “Following a number of discussions and texts with Siobhán I began to feel the burden of being alone with a heavy load lifting and decided that I would get her to do the copy-editing and get her professional advice and guidance for the book, a few days later with the help of my daughter Rosemarie and modern technology we emailed the script to Siobhan in Dingle, County Kerry.

From that day on I had no worry about the production of my book.

Your book is very precious not just to yourself but to your family and friends and also to all the people that purchase it. After all your time and effort putting words on paper it is worth giving it that extra push to get it over the winning line, and I had an example of that in one of Ireland’s leading bookshops, Kenny’s of Galway, when leaving both of my books in there for sale. Des Kenny just quickly flicked through the pages and said ‘this one was not edited’! To my amazement  he had spotted the difference instantly.”

The Irish Times Favourite Books of the Year 2017